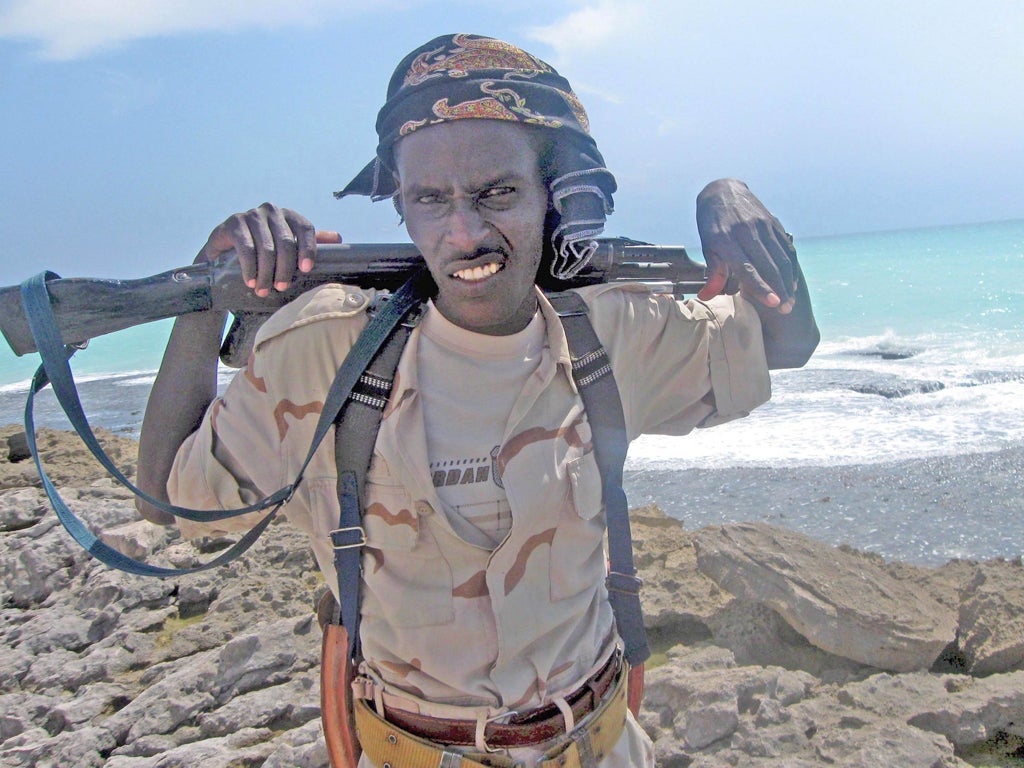 A modern-day treasure map of pirate strongholds in Somalia may hold the key to solving the maritime crisis off the Horn of Africa. Experts using satellite images of the main cities and ports in Somalia’s most active pirate havens have traced the money trail from the multimillion-pound ransoms earned from captured ships.

The results suggest that while cash is trickling down from pirate gangs to the wider economy, comparatively little of it is benefiting the coastal areas used by the pirates to launch attacks on international shipping.

The findings, published yesterday in a report from the London-based think-tank Chatham House, could be the basis for a new strategy to turn host communities against the pirates, its author suggests. “A negotiated solution to the piracy problem should aim to exploit local disappointment among coastal communities… and offer them an alternative,” says Dr Anja Shortland.

The surge in piracy off Africa’s longest national shoreline over the past decade has seen hundreds of ships hijacked and up to 1,000 seafarers taken hostage each year. Ransoms amounting to $250m were paid last year, while the total cost of the crisis, including international counter-piracy measures, has been estimated at up to $12bn for 2010.

Nato declared this week that its fleet of warships – in a joint operation with the EU – helped to reduce the number of successful attacks last year by almost half, from 45 to 22. However, independent analysts say the crisis is not going away and that 26 larger foreign vessels, plus 18 smaller ones, are still being held in Somalia, with at least 418 hostages.

The new research finds that real incomes in the areas most associated with piracy have recently caught up with and overtaken those of other previously wealthier parts of the country. The semi-autonomous region of Puntland has been the main haven for pirates and satellite images suggest its capital, Bosasso, has been a major beneficiary of the buccaneers’ success.

High-resolution photographs show large-scale investment in Bosasso and Garowe, which is also linked with piracy, coinciding with the period in which ransom income has increased. New cars, which local interviews have connected with ransom earnings, are also visible.

In addition, night-time satellite images show that since 2007, while the rest of the country was getting darker as people couldn’t afford electric light, Garowe and Bosasso were the only towns to buck the trend.

However, the same pictures scotch rumours of pirate palaces being built in the coastal havens of Eyl and Hobyo which are launching ports for many of the high seas attacks. Neither town registers night-time light emission or anything other than small-scale building work. “The nightlights data demonstrate that smaller coastal towns have gained little from the pirate business carried out in their local waters,” the report concludes.

Among the reasons for this is the estimate that more than half of pirates’ earnings go to foreign and regional investors and that many of the pirate gangs recruit gunmen and shore-based support teams used in hijacking and guarding captives from the interior and employ local fishermen only to pilot their attack craft.

Most experts agree that only a land-based solution can solve the crisis. Military solutions such as Ethiopia’s invasion in 2006 and last year’s incursion by Kenya have been attempted – and neither worked.

Somalia is carved up into competing regions, many of which have been in a state of civil war since the collapse of the last central government 20 years ago. Its main earnings are foreign remittances from its large diaspora, cattle export and charcoal trading.

In a country with an average yearly income of $300 and ranked joint bottom of the UN’s global development index the income from piracy puts it on an industrial footing.

As the Somali proverb “The man who owns 100 goats but his relatives have nothing, he is poor” demonstrates, there is a tradition of sharing wealth across family and clan alliances. Pirate ransoms can be spread among gangs as large as 500 people, meaning the proceeds are trickling down into the broader economy.

Dr Shortland makes the controversial suggestion that buying off coastal communities with aid money or recruitment to local coastguard or security services could save billions compared to the ongoing naval presence: “Even if Somali communities received all the ransom money, replacing this source of income would be considerably cheaper than continuing with the status quo.”