The world’s first portrait gallery gets a facelift 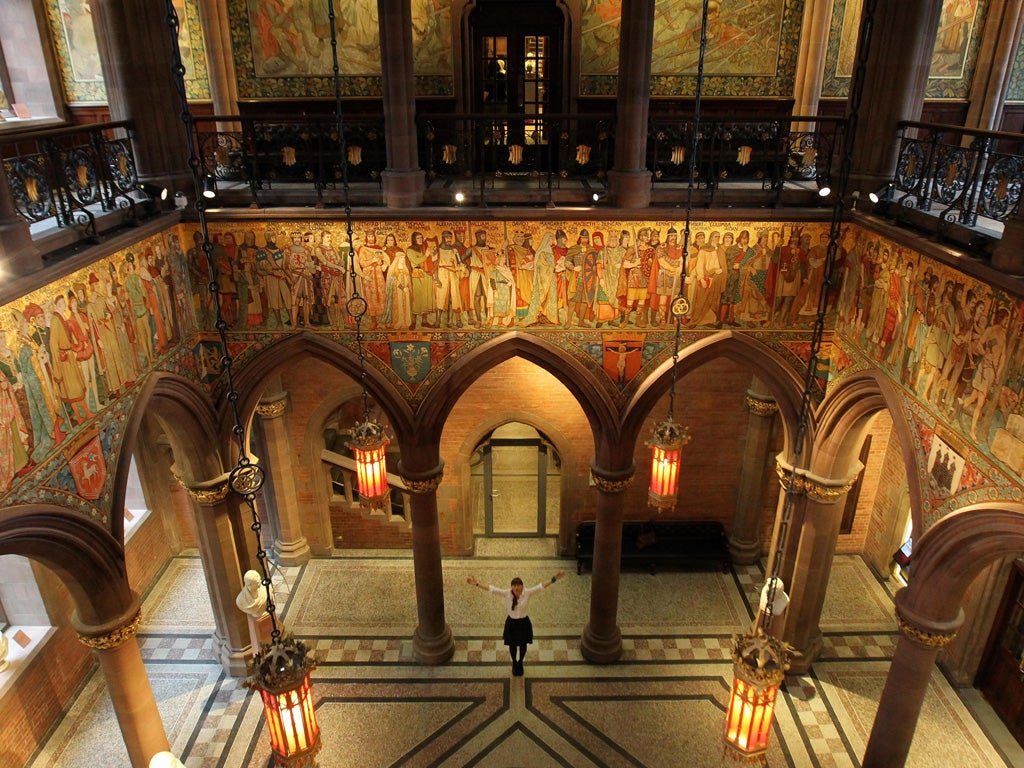 The doctors, smeared with blood, gaze at you with a naked ambiguity in their eyes. They hover between life and death, hope and doubt, as ghostly and mysterious as X-rays.

The Oncologists, a big and challenging painting by Ken Currie, skewers the mind and emotions. It hangs in the Scottish National Portrait Gallery – the first of its kind in the world, founded in 1889 – which has just reopened after a £17.6m transformation which has given it 60 per cent more exhibition space.

“Romantic Camera”, an exhibition of social, industrial and landscape portraiture, summarises the cultural trajectories at play in these 12 rooms across three floors.

A comparison with the National Museum of Scotland, which reopened recently after a massive modernisation, is unavoidable – and the Portrait Gallery is a more potent and coherent cultural experience, a gripping Scottish identity parade.

John Leighton, director-general of the National Galleries of Scotland, can be proud of this outcome, as can Duncan Thomson, the previous Keeper of the Portrait Gallery, whose vision led to its renewal.

The architectural interventions, designed by David Page and Justin Fenton of PagePark Architects, are not the first thing you notice at the Portrait Gallery. They have refurbished and opened up the building gracefully, and there are no flinch-inducing clashes between Anderson’s 19th century architectural effusions and the crisply modernist insertions. Even the new great glass elevator – lacking only Willy Wonka – seems mannerly, like a supersized Victorian museum vitrine.

And, as it happens, the Portrait Gallery has its own Willy Wonka – James Holloway, the director, who is as intensely communicative about Scottish history as Wonka was about chocolate.

The Portrait Gallery has, as he admits, been gloomy and confusing for years because the ordered spaces of Anderson’s palazzo in Queen Street had been ruptured by lowered ceilings, blocked skylights, and galleries used for storing overflow bits and pieces from the Museum of Scotland.

The modernisation has accentuated the mix of faux-Gothic detail and 19th-century steel structural beams that gave these interiors an almost postmodern ambience.

There are two new openings on either side of the existing reception area, much-improved vertical circulation, wheelchair access, and cleverly inserted mezzanine floors.

There are two other crucial changes: the removal of the entire library of the Society of Antiquaries of Scotland from part of one of the upper galleries, and its precise reassembly in a lower space. Most striking of all is the deft restoration of the top-lit galleries on the upper floor of the east wing, and the uncovering of the arched colonnade dividing the two central galleries.

Selections and juxtapositions are not experienced simply as portraits, but as windows into Scottish life – grand, commonplace, beautiful, grim. A place, a view, a small detail, are as important in these rooms as striking, set-piece portraiture.

This layered, cross-connecting curatorial approach throws up unexpected and interesting moments. In an upper gallery dedicated to the War at Sea, one encounters big paintings by Sir John Lavery dealing with views of the Grand Fleet in Scapa Flow in 1918, or on manoeuvres in the North Sea, as seen from an airship. And there, on cue through the gallery window, is the gunmetal grey gash of the Firth of Forth, where the German fleet surrendered.